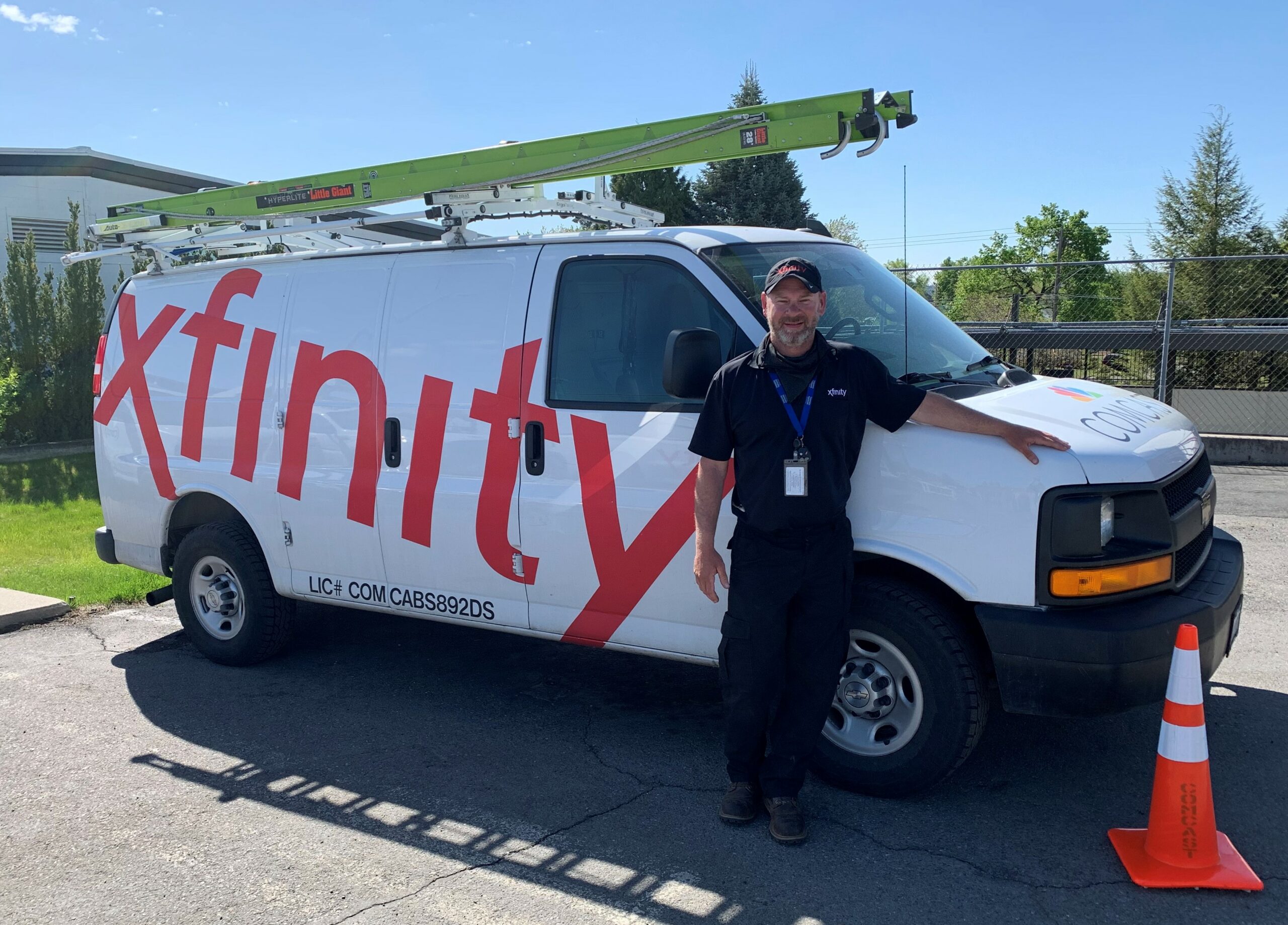 “I’ve been a Comcast technician for 19 years in Spokane and have probably served nearly 30,000 customers during that time. I can tell you that every job is different, and every customer is different. I try to talk and connect with all of them. When I walk in the door to serve you, I try to find something we might have in common based on what I see. If there’s a fishing pole behind the door, then I know that they like to fish, and now we can talk about that while I address your service issue” – Jeff Patterson, Technician, Comcast Washington.

While our technicians are out in the field every day providing important services to keep our customers connected, they sometimes encounter those extraordinary moments when they can make a difference in someone’s life. On April 27, Jeff didn’t have the opportunity to find something in common with his customer to talk about that day because the door was locked and all he heard from inside was “help me.”

Upon arriving at his first Xfinity service appointment after lunch, Jeff found himself at a large apartment complex on a busy street in Spokane. He set gear, cable modem and TV box down and knocked on the customer’s door. No response.

“29th Avenue is busy and there were a lot of cars going by. It was hard to hear so I waited a bit for someone to come to the door.” Second knock; no response. But something didn’t feel right to Jeff so rather than leave, he found a park bench about 20 feet away, set down his gear and gave the scheduled customer a call. Straight to voicemail.

After five minutes, Jeff returned, set down his gear and knocked again on the customer’s door. Nobody came. But then Jeff reached down to pick the cable box and modem, which were close to the customer’s door. That’s when he heard something. “I heard a faint mumble,” said Jeff. “So I said hello; did you ask me to come in?” I heard someone faintly say “yes, yes, help me. I’m down and can’t get up.”

Jeff tried the doorknob; still locked. He immediately called 9-1-1 and explained the situation to the operator. Within minutes, an ambulance and fire truck arrived. Rather than proceeding to his next job, Jeff waited to see if the customer he never got to meet was okay. Fifteen minutes later the paramedics brought an elderly woman out on the gurney. “She was moving her arms and looked okay,” said Jeff. 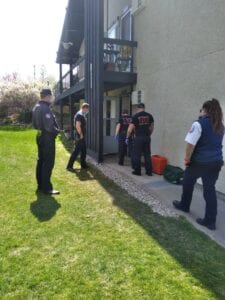 “Keeping all of our customers connected matters more than ever right now, and we often need to move onto the next job quick to help everyone stay connected to their families, their workplaces, and their schools,” said Jeff’s supervisor Levi Isaacs. “Normally, our techs aren’t knocking on the door multiple times, making additional phone calls and waiting to go back and knock again. It’s usually onto the next job. But something told Jeff that everything wasn’t right and to stick around and not leave. His persistence probably saved her life.”

“I didn’t do anything spectacular. I just happened to be at the right place at the right time. What scares me is to think that she would still be laying on the floor if we hadn’t talked through the door,” added Jeff. “It was lucky timing. I’ve been doing cable service for years and will continue to do so here in Spokane. The chances are that I’ll get to actually meet her someday.”

When that day comes, Jeff won’t have to look around the room to find something in common to talk about. They’ll have this life-saving experience they share.

Comcast has opened a new Xfinity store in Lacey to meet the needs of its local customers in Thurston County. Located at 4104 Martin Way East, #106, Olympia, WA … END_OF_DOCUMENT_TOKEN_TO_BE_REPLACED

Small businesses owned by women and people of color in King and Pierce Counties, may now apply for a $10,000 grant from the Comcast RISE Investment Fund. … END_OF_DOCUMENT_TOKEN_TO_BE_REPLACED