Comcast is deeply committed to Washington, where our thousands of employees serve more than 1.7 million residential and business customers throughout our state footprint. Comcast is Washington’s leading provider of media and technology that connects people and businesses to resources and moments that matter.

Our Comcast Business team offers a suite of Connectivity, Communications, Networking, Cybersecurity, Wireless, and Managed Solutions to help organizations of different sizes prepare for what’s next. Comcast Business is the largest cable provider to small and mid-size businesses and a leading service provider to the Enterprise market. To learn more about where we offer business solutions across the state please visit our Washington state Comcast Business directory. 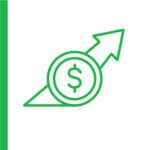 INVESTMENT IN  TECH AND INFRASTRUCTURE

Over the last three years, Comcast has invested $3 billion in Washington, including capital expenditures, employee wages and benefits, taxes and fees, and charitable giving. This investment includes $997 million to build, enhance and maintain our systems, networks, and infrastructure across the state.

To support the digital economy, the company has invested billions of dollars in our network, locally and nationally, to meet consumer demand. This work includes increasing speeds 20 times in the last 19 years, delivering speeds in most of Washington State between 50 Mbps and 2 Gbps for residential customers and up to 10 Gbps for business customers.

We also offer tens of thousands of public Wi-Fi hotspots and more than 33,000 miles of fiber and coaxial cable lines built deep into the state’s urban and rural neighborhoods. Comcast currently serves more than 200 communities across the state and we continue to grow our footprint each year. 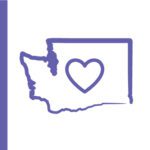 While we are one of the state’s largest employers supporting communities both big and small, this company has quietly become one of the top corporate philanthropists in the state.

Since 2018 we have invested $12.5 million in cash and in-kind contributions to help drive equitable access to internet and technology resources for communities that need it most.  You can learn more about this work by visiting our WA State Community Investment page. 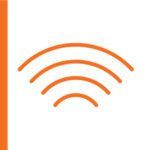 CONNECTING THE UNCONNECTED TO BROADBAND

Washington state is also among the top 10 states in the nation to utilize our affordable internet and technology access program, Comcast’s Internet Essentials. Approximately 560,000 Washingtonians have benefited from this program over the last decade.  Internet Essentials is available to any individual or household who qualifies for low-income subsidies or support programs. 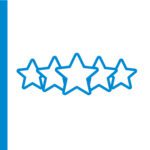 Lopez has nearly 30 years of leadership experience with Comcast. He has been named to Cablefax Magazine’s Top 100 Regional Power Players, and he has been named one of the most influential minority executives in the industry for the last three years.

Before this role, Lopez was the Regional Senior Vice President of Comcast’s Oregon and South West Washington Region, where he was responsible for managing 1,600 employees and overseeing the wellbeing of more than 600,000 customers. He held this leadership role for seven years. During that time he was able to change the culture of the Oregon and South West Washington market by creating a renewed focus on customers and accountability for putting them first.

Prior to that, Lopez worked as Regional Vice President of Comcast’s Mountain Region in Salt Lake City. He also worked as Vice President of Finance for Comcast’s California Region and held finance jobs in Seattle, Delaware and Utah over his nearly 30-year career at Comcast. He has moved eight times and held 13 different jobs starting as a Customer Account Executive working in the Orange County, California Call Center.

Comcast is a global media and technology company with three primary businesses: Comcast Cable, NBCUniversal, and Sky. Comcast Cable is one of the United States’ largest high-speed Internet, video, and phone providers to residential customers under the Xfinity brand, and also provides these services to businesses. It also provides wireless and security and automation services to residential customers under the Xfinity brand. NBCUniversal is global and operates news, entertainment and sports cable networks, the NBC and Telemundo broadcast networks, television production operations, television station groups, Universal Pictures, and Universal Parks and Resorts. Sky is one of Europe’s leading media and entertainment companies, connecting customers to a broad range of video content through its pay television services. It also provides communications services, including residential high-speed Internet, phone, and wireless services. Sky operates the Sky News broadcast network and sports and entertainment networks, produces original content, and has exclusive content rights. Click here for more information.