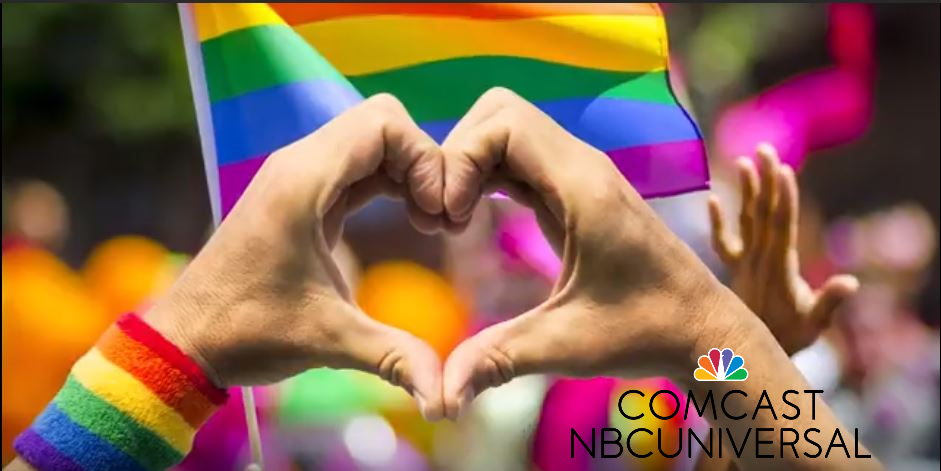 It’s Pride Season and as a proud member of our community, Comcast is partnering with GSBA – Washington State’s LGBTQ and Allied Chamber of Commerce – to recognize the 50th anniversary of the Stonewall riots and its significance in leading to the gay liberation movement and the modern fight for LGBTQ rights.

Starting in June, Comcast cable TV stations throughout Washington will broadcast the following 30-second video featuring GSBA President & CEO Louise Chernin. Brought to you by our Washington OUT@Comcast Employee Resource Group (ERG), the video concludes by directing viewers to visit www.thegsba.org/events/pride to learn more about Stonewall and what the 50th anniversary of the event means to Washington state.

But our collaborative video is only the beginning! As Pride Season continues, Comcast to do its part to help promote diversity and inclusion throughout the state. Comcast is proud to be a Gold Sponsor of the  45th annual Seattle Pride Parade on Sunday, June 30.   Look for more than a hundred Comcasters, including friends and family, marching alongside a parade float — complete with flowers, decorations, music and more.

Comcast makes diversity and inclusion a top priority and is committed to creating a culture of inclusion for LGBTQ employees. Through funding, in-kind contributions, internship programs, mentoring partnerships and other efforts, we are smarter, more dynamic and better together.

We coordinate and promote Lesbian, Gay, Bisexual and Transgender pride events in the Seattle area celebrating the present, envisioning the future, and honoring the past. As a non-profit organization, sponsorship and donations are used to offset expenses required to produce the year-round celebrations. Seattle Out & Proud is a registered 501(c)4 organization and annually produces the Seattle Pride Parade, Volunteer Park Pride Festival, and Dine with Pride. Check out https://www.seattlepride.org/about/ for more information.

We are proud to name Shakira Shanks as the new Director of Customer Experience in Washington, where she will oversee customer experience for all lines of our … END_OF_DOCUMENT_TOKEN_TO_BE_REPLACED

We are proud to unveil our next Lift Zone project here in Washington state, a partnership with  YWCA Seattle | King | Snohomish to support four Puget Sound area … END_OF_DOCUMENT_TOKEN_TO_BE_REPLACED

“It’s important to recognize every ethnic group. I think that it’s important for everyone to take the time to learn about other cultures so that you can … END_OF_DOCUMENT_TOKEN_TO_BE_REPLACED