The Washington market’s two-and-a-half week United Way campaign involved more than 16 offices and call centers in Washington state. I had the honor of helping to coordinate the effort, but what that meant basically was that I got to preside over phone calls where we all compared notes and ideas. Local coordinators in each of those places put in enormous amounts of time and effort to help the needy. They came up with many ways – you’ll see some below – to present information and pledge opportunities to their 3,000 coworkers in Washington.

I was impressed by the personal blood, sweat and tears that the local coordinators and their committee members put into the United Way drive. Yes, the company expects us to participate in United Way … but our local coordinators went above and beyond. The company asks us to encourage at least 45 percent of employees to either pledge, or to donate enough money at a special event to be considered a pledge. In Washington, we ranked among the top two or three markets in Comcast, with a participation rate of more than 70 percent. The numbers are still coming into reporting systems, so we don’t have a final ranking yet.

Call centers and offices in Everett and Lynnwood, as well as our Aberdeen office, had more than 100 percent participation. No, we didn’t hire people just to get them to pledge to United Way, though that’s tempting. What you do to get more than 100 percent is encourage people to not only pledge, but then also to donate enough at special events to count as another pledge.

I toyed around with trying to write a wrapup of what everyone did, but the beauty of our system is that each of the offices did something different. So here are some photographic highlights.

Food was important. Witness these pics from Anita Ewald, a United Way campaign coordinator in Bellingham. Here, our general manager in Bellingham, Brett Fontes, is flipping pancakes for a pancake feed that supported the drive. 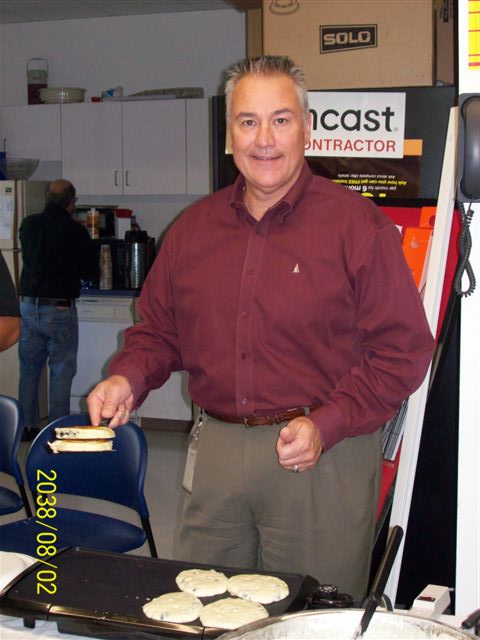 And here’s a picture of Bellingham’s chili feed: 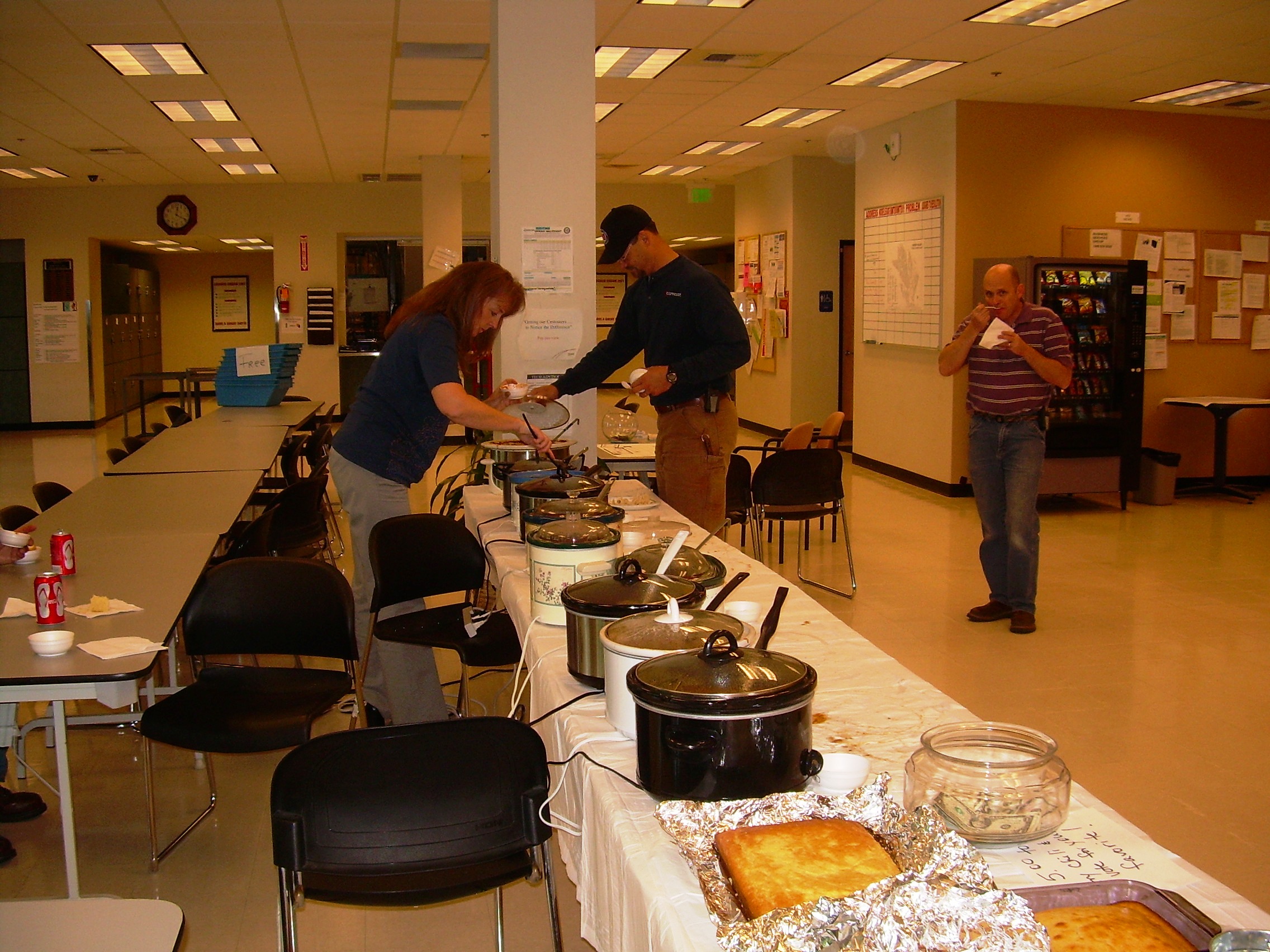 That’s Pauli Jones and Shawn Robins sampling the good stuff. Whenever you have chili, you have teasing, and here dispatcher Angie Benson was joking that Brett had to be cooled off: 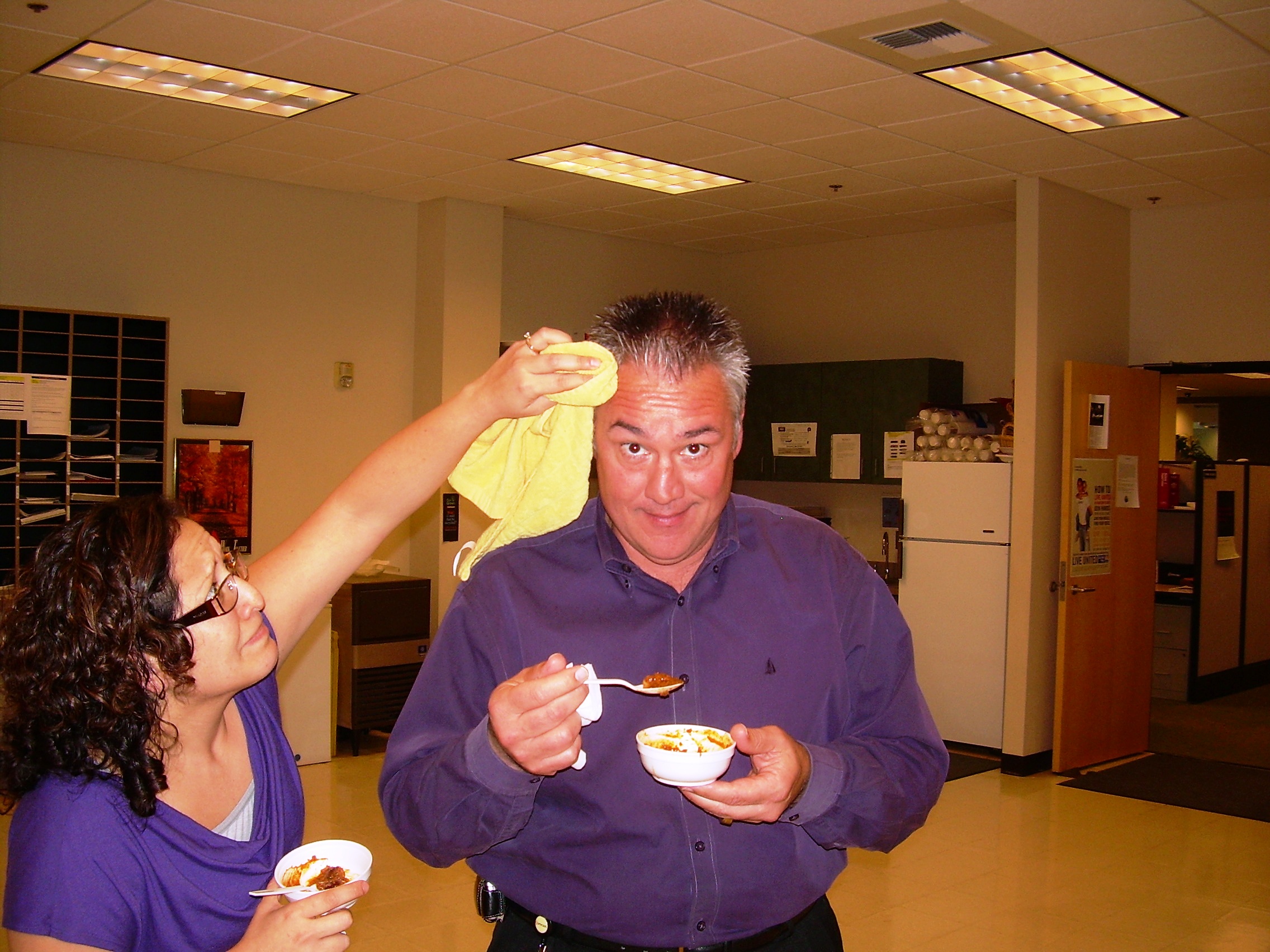 In Puyallup, volunteers such as Jody Janes and Katie Robertson aggressively marketed all sorts of food to their coworkers. This is the office where I work, and I was a big customer of the Rice Krispie treats. 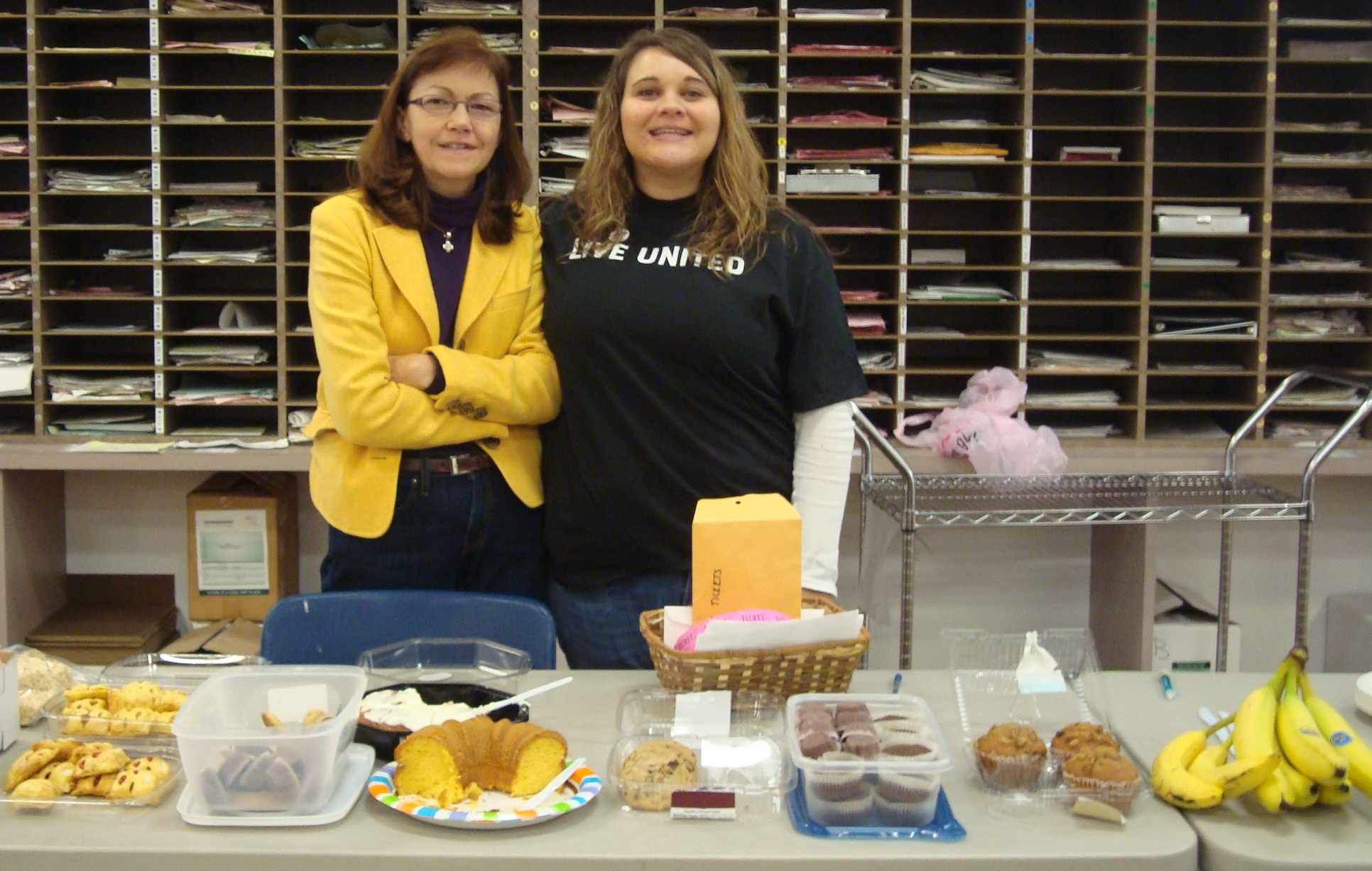 Food’s a big deal in these campaigns. Here’s a couple shots that Kathi Roe provided from our Fife Call Center of one of their meals, where people donate for United Way: 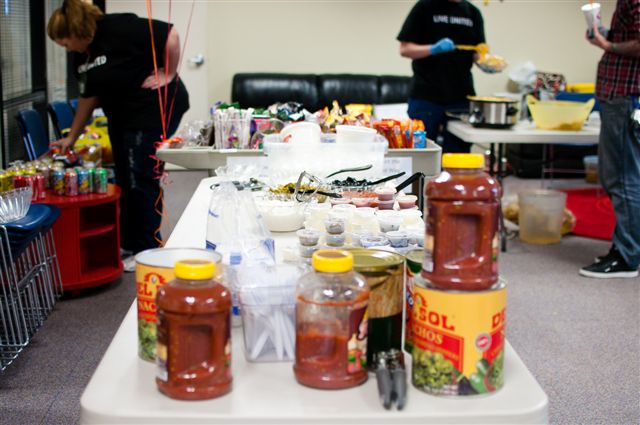 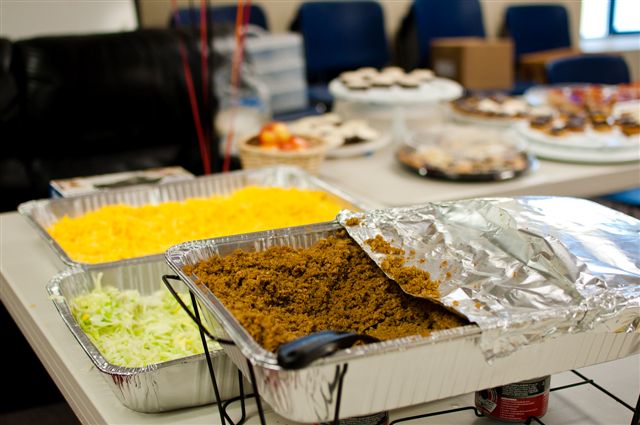 Employees love to see their managers involved, and at the Fife call center, they actually jailed managers and had them raise bail on behalf of United Way 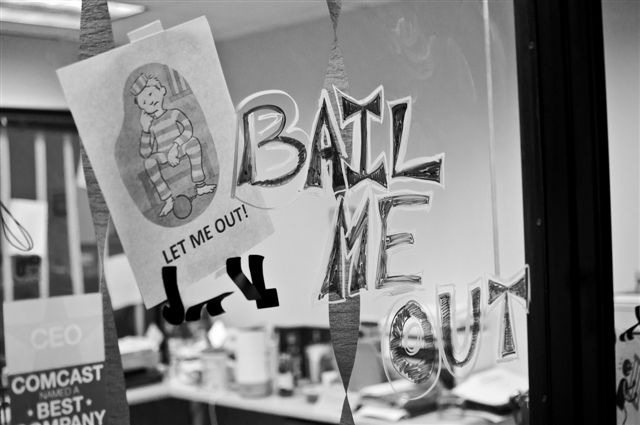 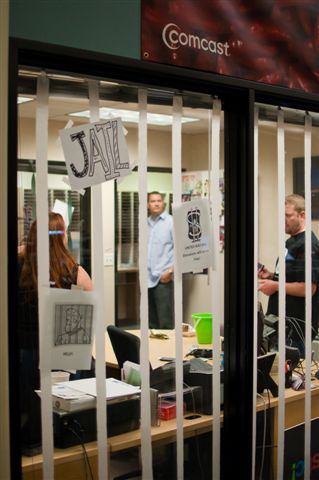 I mention gift baskets, and those were huge. The ones they put together at our Everett call center would put the gift baskets auctioned off by huge private foundations to shame. Look at these pictures from Kimberly Ringman there: 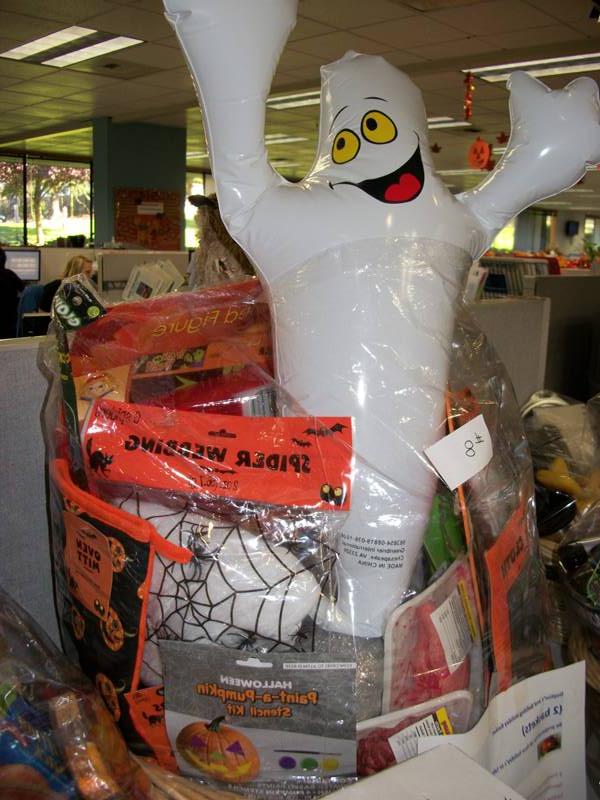 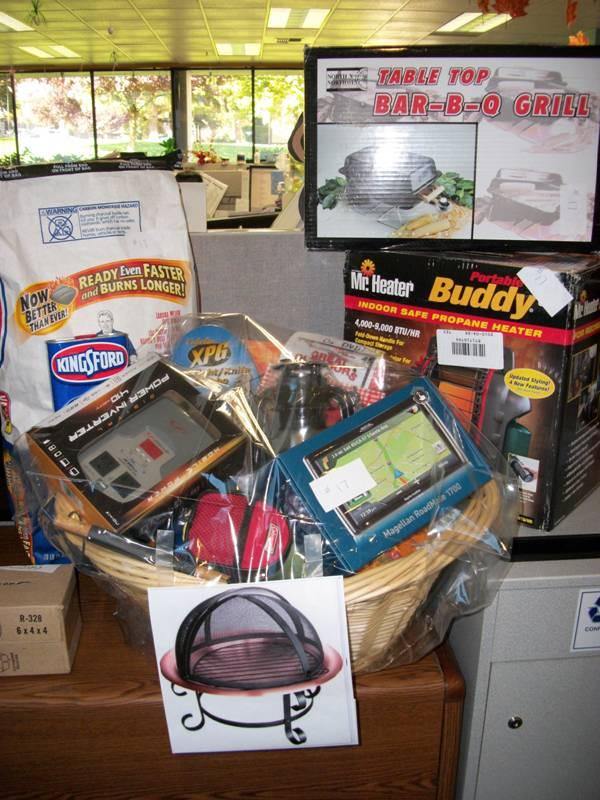 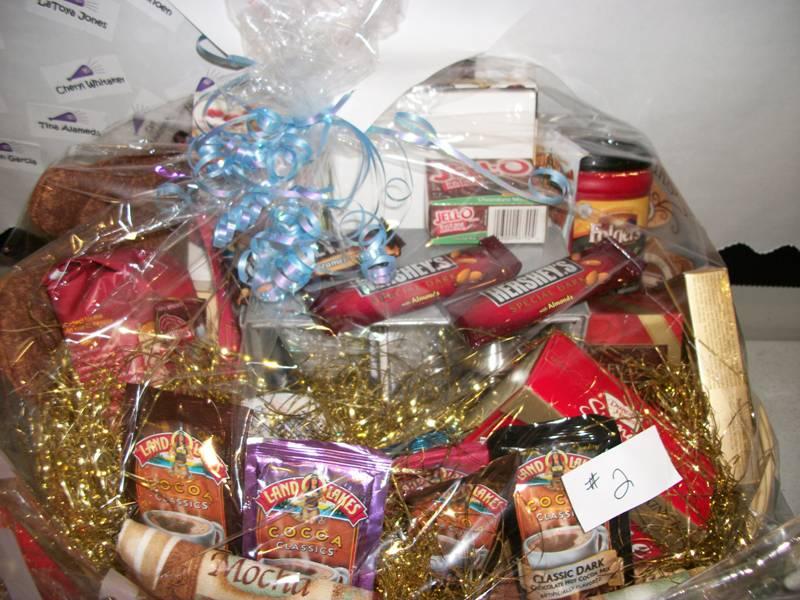 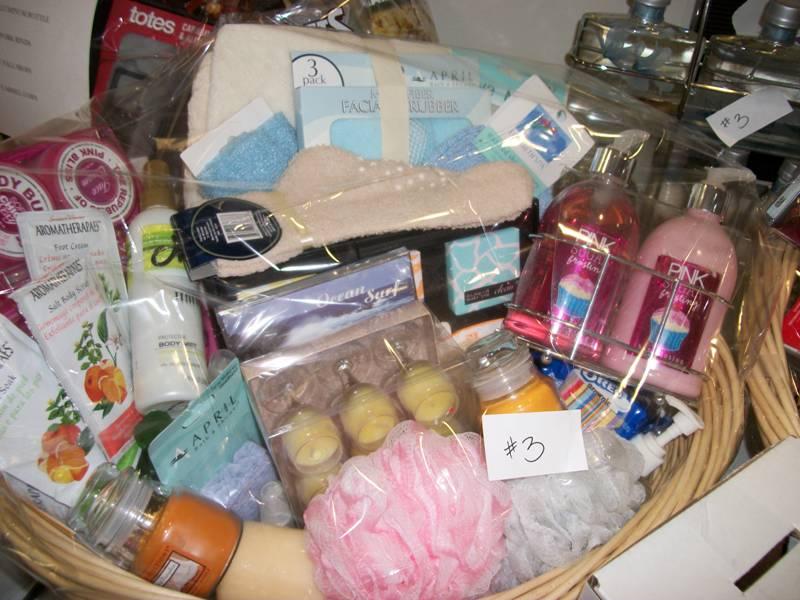 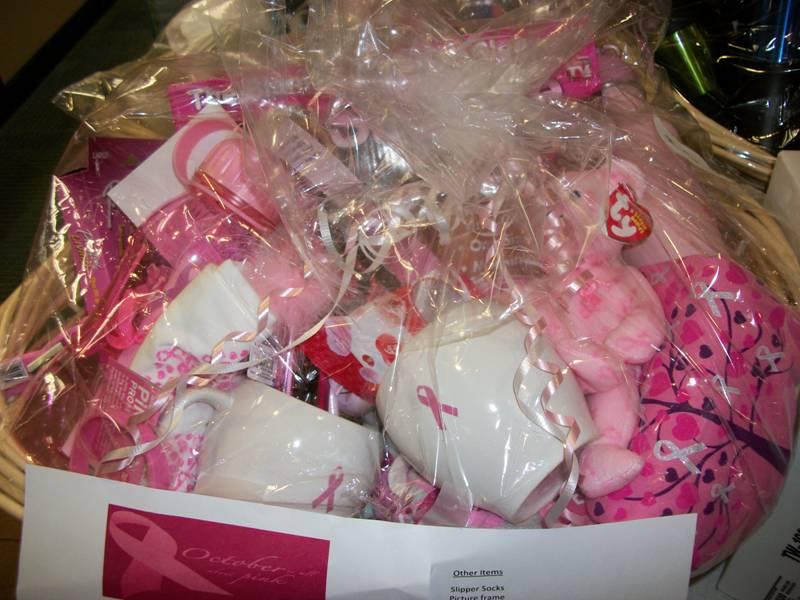 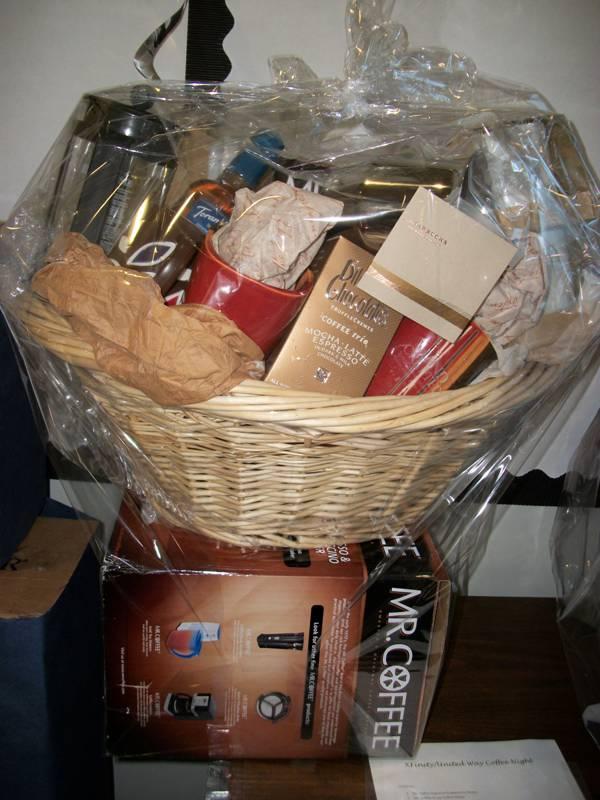 One of the cooler parts of the campaign was seeing what our local coordinators came up with as creative ideas to raise money. There were some very original ideas. In the engineering group in Puyallup, coordinator Heather Liukkonen presided over “Penny Wars.” Work groups competed for a pizza lunch to see who could contribute the most pennies to their team jars. The trick is that you could set the other groups back if you put in silver or bills in their jar: that would count against their total. It was all in good fun, and to my amazement, they raised $992 for United Way of Pierce County. 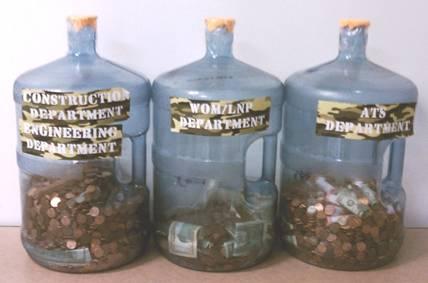 Another activity in Puyallup was Wii golf, where employees could pay to enter a Wii tournament. This swing by one of our technians, Sang Lee, was typical of the fun of this money-raising activity.

Surely no one gave more than the guys who humbled themselves for the cause. Greg Skinner in our Lynnwood call center is a Chicago football fan and lost a bet; he paid back by not only dressing as a Seahawk fan but also pushing the United Way food cart. Greg watching the game: 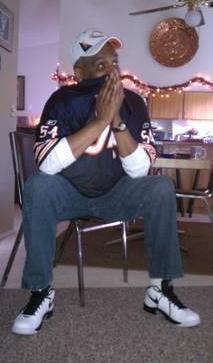 And here’s how he looked as he pushed the food cart around and hawked for United Way: 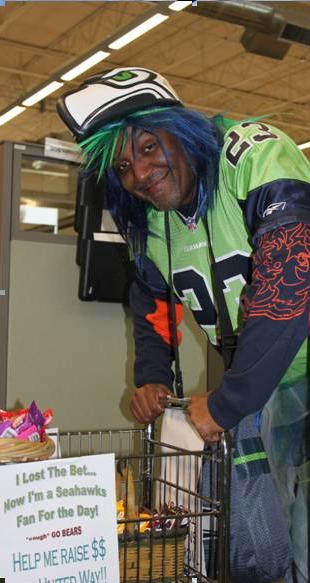 And not to be outdone, Patrick Horton in our Everett Call Center, a huge Dallas fan, made an offer to his co-workers: if they brought to Call Center to 100 percent participation, he’d let people dress him up as a Seahawks fan. The call center folk reached that level; in fact, the last number I saw put them at 101 percent participation.

So here he is embarrassing himself, or as we Seahawks fans might say, coming around to the right way of thinking: 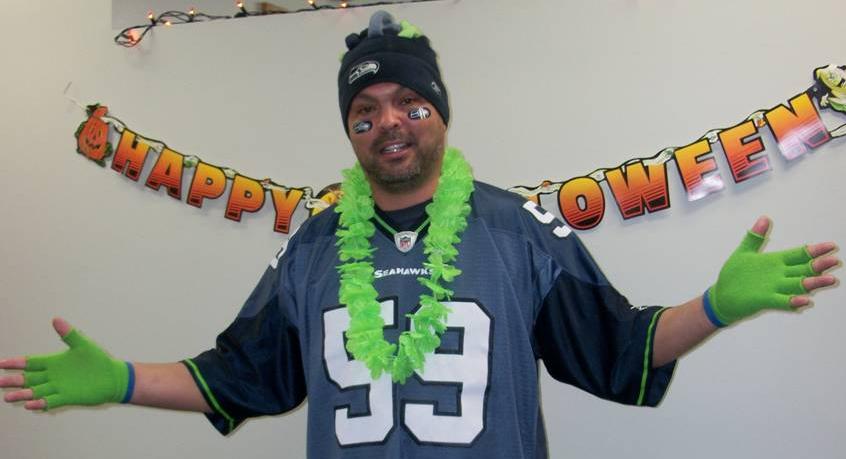 So there you go.  A partial report. It’s amazing what compassionate and energetic people with 3,000 spirited coworkers can do. And most important, it’s a big win for United Way. 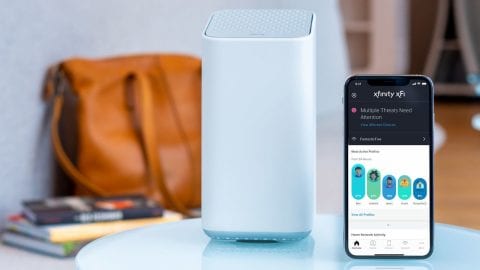 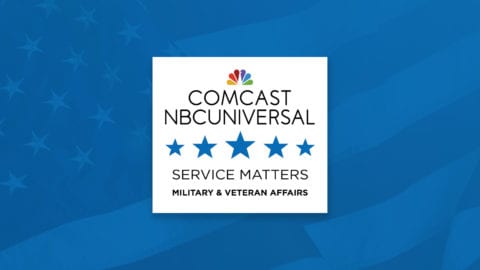 By Sam Heard, Comcast VetNet Board Member As one of more than 10,000 Veterans working at Comcast, I am proud of our company’s commitment to the military … END_OF_DOCUMENT_TOKEN_TO_BE_REPLACED 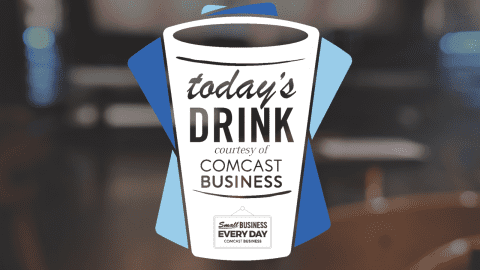