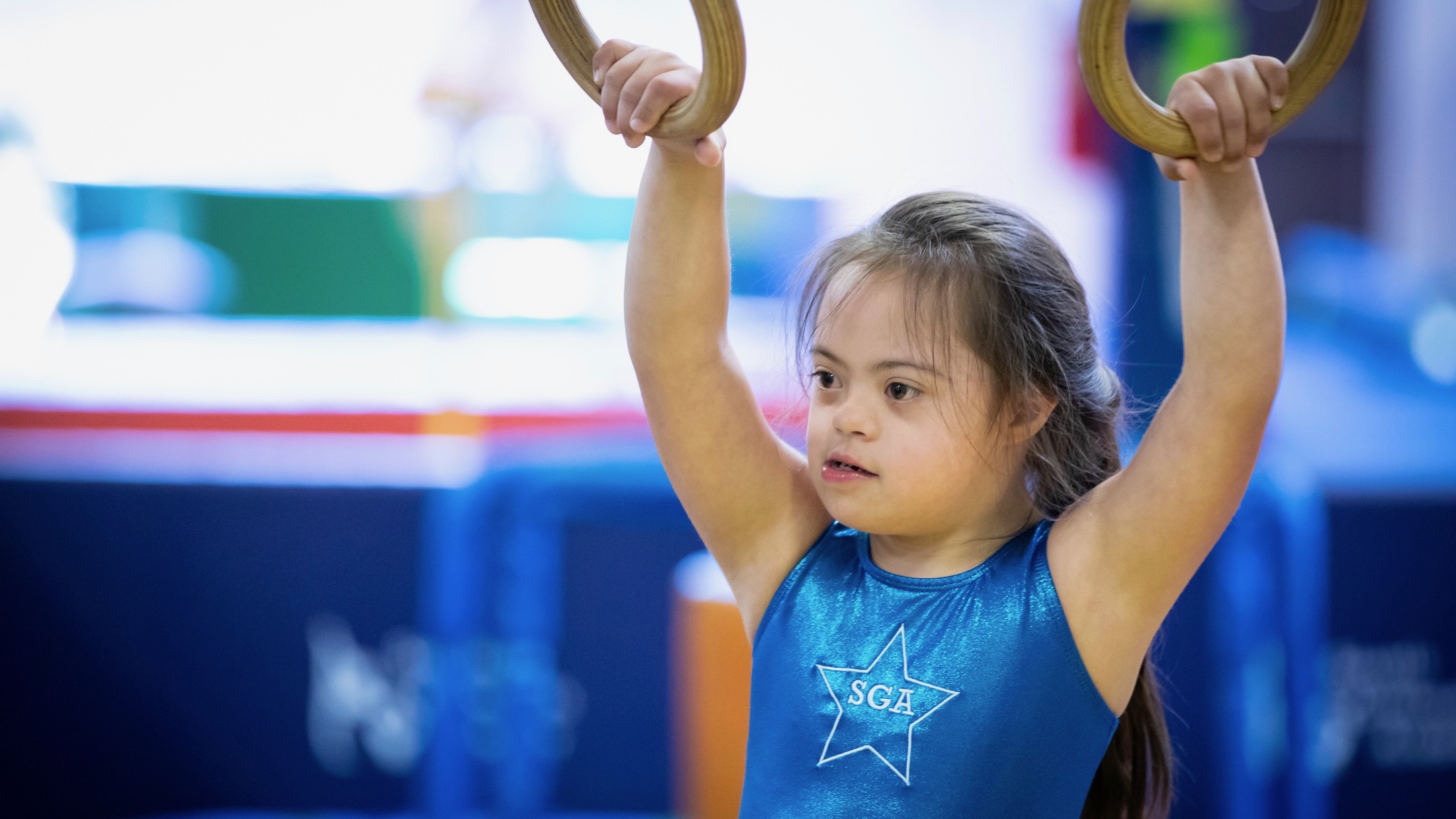 “Miss Frannie has done a great job. She’s learned how to do a lot of the basic beginning skills and is great at memorizing routines. She has her floor and her beam and her vault routines down pat for the games,” said Elaine Walker, Head Coach Gymnastics, Special Olympics Washington. “She’s such a happy child and when she learns something, there’s so much energy and enthusiasm. It makes my heart burst. It’s fun to see.”

This week, Comcast is honored to introduce you to Francesca “Frannie” Ronan. Frannie is a delightful, enthusiastic eight-year-old gymnast from Kirkland, Washington and a member of the Seattle Gymnastics Academy. Frannie will display her skills by competing in events such as the balance beam, uneven bars, vaulting, and floor exercise. She is eager to share why the Special Olympics are such a big part of her life, and how it has helped her become a confident young athlete.

“Next month our Special Olympics athletes will shine in Seattle and we are honored to celebrate the courage and tenacity of local competitors like Frannie,” said Amy Lynch, Regional Vice President, Comcast Washington. “We have high expectations for Frannie as she joins more than 4,000 athletes and coaches that will participate in one of the most exciting and significant sports events in our state.”

To generate additional excitement for the upcoming games, Special Olympics Washington and Comcast will hold an athlete appreciation event for Frannie Ronan in Seattle. Frannie Ronan will be available to meet fans and may share elements of her gymnastics routine, 11:00 a.m. to 1:00 p.m. on Saturday, June 9 at Xfinity retail store at 2022 Westlake Ave., Suite 116, Seattle, WA 98121.

“Gymnastics is one thing that her parents are saying gosh we’re having a hard time finding. We find partners like Comcast and now we have gymnastics, which is very exciting,” said Mary Do, Vice President of Development and Communications, Special Olympics Washington.

The public service announcements are part of a more than $1.7 million cash and in-kind contribution by Comcast as a corporate sponsor of the 2018 Special Olympics USA Games and partner with Special Olympics Washington.

Are you a business Looking to grow in 2020 and beyond? At Comcast Business in Washington state, we service companies of all sizes and across all industries, … END_OF_DOCUMENT_TOKEN_TO_BE_REPLACED