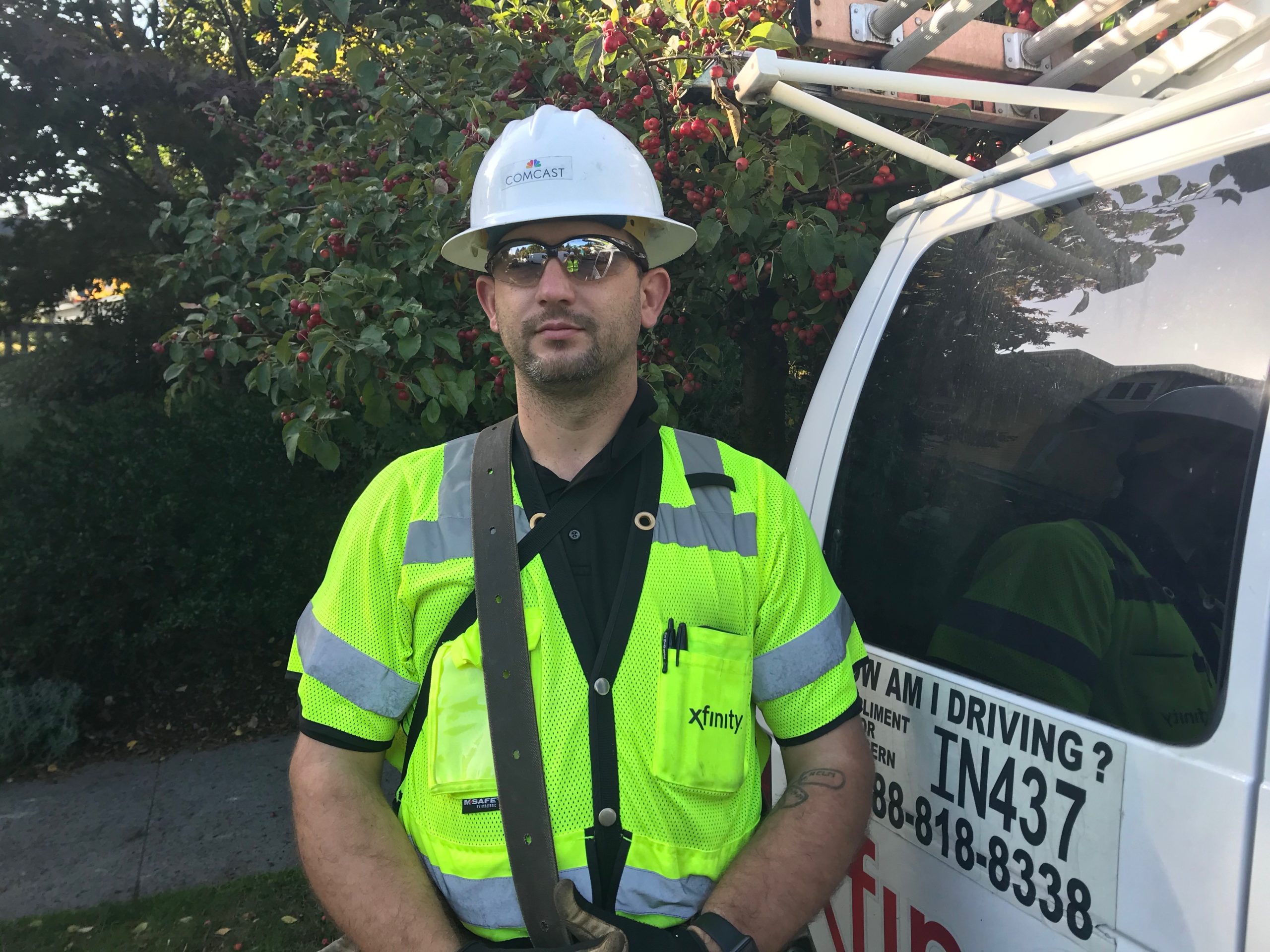 As Robert Helm arrived in Seattle to complete a customer install on Monday, October 5, he anticipated an average day. Help a customer promptly, provide warm and friendly customer service with a smile, and then head to the next job.

What he got instead was an opportunity to make a lasting impact on someone’s life, and the opportunity to support our local emergency responders who do so much to help the community. And Helm did not disappoint.

After pulling into a side alleyway near the customer’s address, Helm heard screaming and before long identified a distraught man. The gentleman came to the window of his Xfinity vehicle and noted that someone in a nearby apartment was not breathing and that Helm should call 9-1-1.

After calmly putting his vehicle in park, Helm grabbed his phone and headed toward the apartment the man was motioning toward. He immediately dialed 9-1-1 and waited anxiously outside to maintain social distancing protocols. However, the emergency operator asked him if he could answer a few questions that required him to walk into the home.

And while Comcast and Xfinity employees are practicing rigid COVID-related social distancing guidelines and protocols, Helm knew it was important to help where he could.

After finding the distressed man in a back bedroom and a woman unconscious who was not breathing, without thinking Helm jumped into action. He began performing emergency CPR on the woman.

Both Helm and the gentleman switched off doing CPR and updating the operator, and after nearly 10 minutes the paramedics arrived and jumped in.

With the combination of Helm and the paramedics’ actions, they were able to revive her and get the woman breathing before taking her to the hospital. The Seattle Fire Department Lieutenant, who was on the scene, noted to Helm that his actions were so important to saving the woman’s life. They also noted that “without community involvement like what Helm displayed our local Emergency Medical Services system would not be what it is.”

Although this was his first time performing CPR, Helm noted previous training played a big role.

“It was a difficult situation, and it all happened so fast. I didn’t think about it and went right to work helping this person that needed it.”

Afterward, members of the woman’s family were emotionally thankful for the quick work of a local Comcast employee who showed up at the right place at the right time to make a difference. Helm returned to his vehicle and headed back to the local Comcast offices as if he had just finished a basic job.

During a day he was expecting to be routine and focused on work, Helm played a man on the street superhero role, saving someone’s life who he didn’t even know.

But Helm wasn’t quick to embrace the title of local hero, he instead noted that he hoped others would do the same thing if faced with a similar situation.

“I hope my actions can serve as an inspiration to my fellow Comcast technicians and anyone who works in our local community,” he noted. “Anyone can step-up and help out someone in trouble. Don’t be afraid to jump into action and make a difference.”

Comcast has opened a new Xfinity store in Lacey to meet the needs of its local customers in Thurston County. Located at 4104 Martin Way East, #106, Olympia, WA … END_OF_DOCUMENT_TOKEN_TO_BE_REPLACED

Small businesses owned by women and people of color in King and Pierce Counties, may now apply for a $10,000 grant from the Comcast RISE Investment Fund. … END_OF_DOCUMENT_TOKEN_TO_BE_REPLACED